Well I skipped over a few things between the last few posts regarding diving. After battling the Cape Breton for the fourth attempt, I headed over to China Creek in Port Alberni, with Sundown Diving for a shop fun day of diving.

I had dropped off my tanks the night prior to get a quick fill in the morning, since their shop is in Nanaimo, and it didn’t make sense to drive an extra hour and then fill them.

For the first dive, we headed left along the ‘wall’. There was a small boat on it’s side, still in the sandy area, which had a small wolf eel living in one of the small pipes sticking out. Further along the wall, there is a telephone booth and rocks. A few people saw another wolf eel in one of the cracks by the booth.

Some lunch, and we headed for the merchant ship to the right. There was another few divers that headed this way as well, and on one of the pilings was a humongous Lions Main Jellies just hanging around. After what seemed like an hour, we found the ship slightly deeper than we thought, and started exploring.

The ship is on the side of a sandy slope, starting around 60-70ft or so, and extends into the darkness. We ended up exploring around the bow, towards the tower and headed back. On the way back, it seemed even more chillier (if that was possible with 8.3C waters). Headed shallower proved to be much warmer.

There were tonnes of flounders, sun stars, and mud. 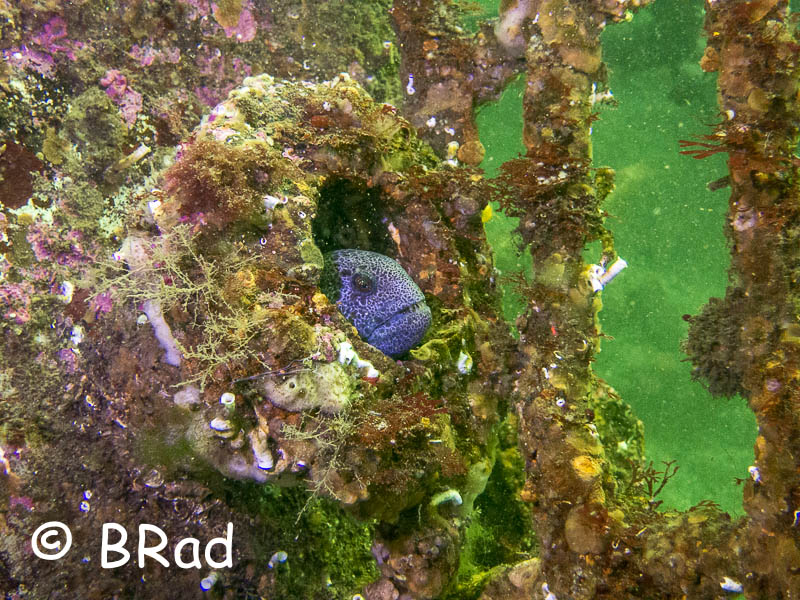 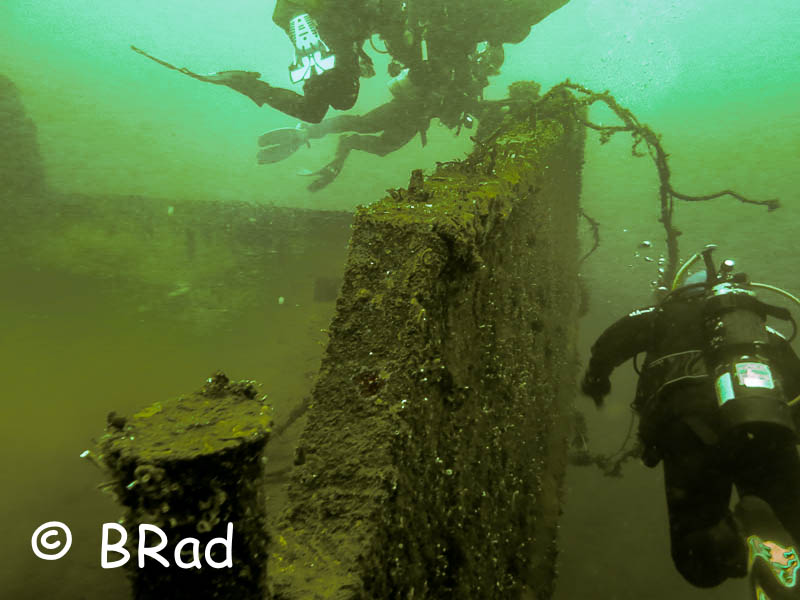 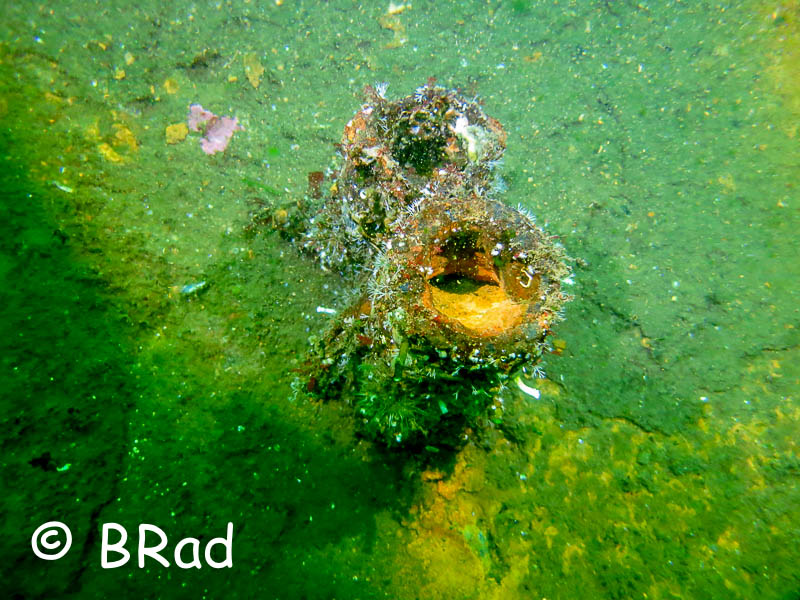 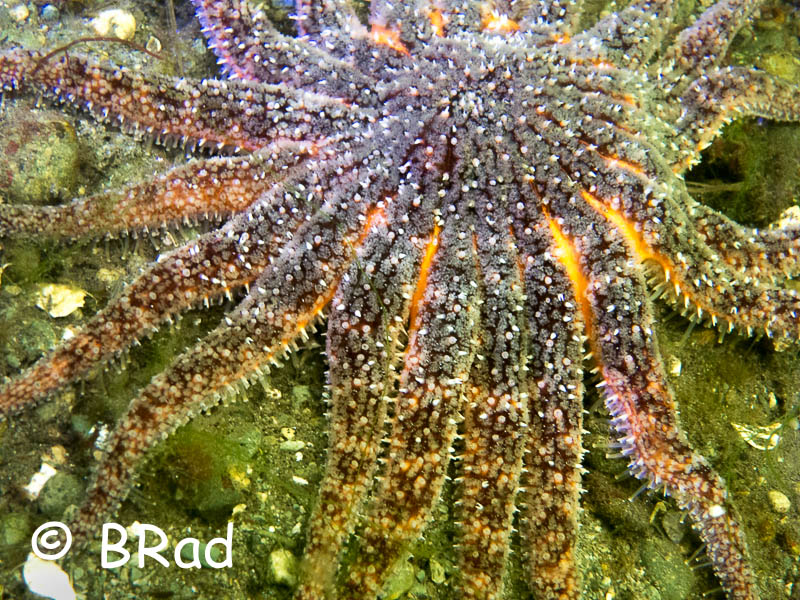 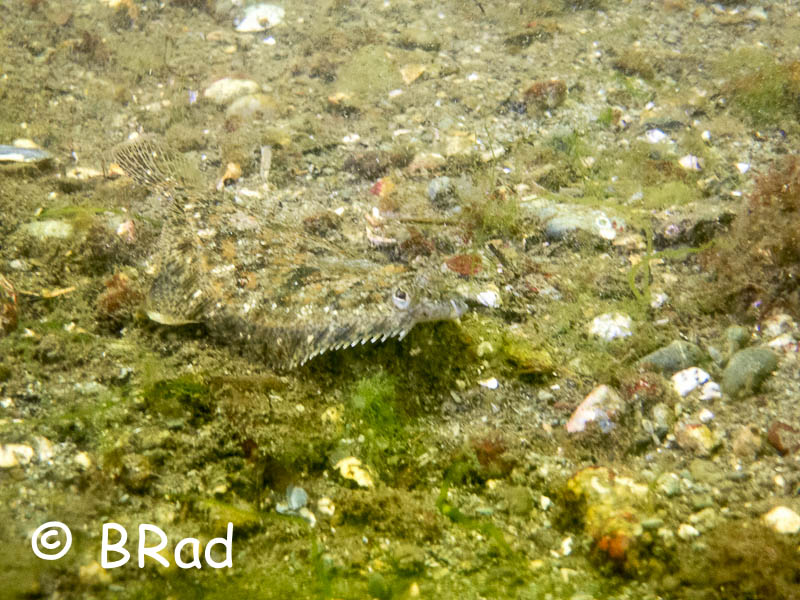 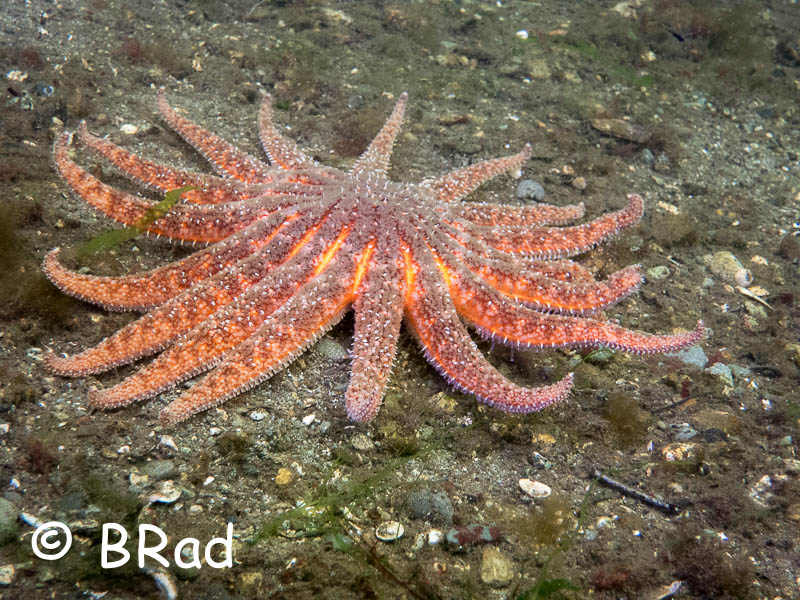 The next day, I migrated down to Victoria to stay with Dr. Jones and the Daphinator. While on the way down, Bryan and I decided to go hit Saxe Point to get some more time in the water together before fundies.

Gearing up, I forgot to put on my weight belt, only realizing while we were down at the beach. A few minutes later, with weightbelt on, we headed in for a swim and some propulsion skills.

It became very apparent that when I was here last in January doing my drysuit course, that none of the kelp that had grown over the spring was there. Let alone remembering how shallow it was, and now with a few feet of kelp (and angry grabby crabs) overtop of it. I popped up a few times just to make sure we were in the right place.

After a while, I deployed a SMB, and we started watching eachother attempt to do some turns, fin kicks, and ascents. As we approached out turn pressure, we headed back on a bearing.

After coming up close to a rock that we didn’t see coming out, we popped up, and we ended up drifting a few feet off of our course, so we opted for a surface swim around the rock towards our beach.

Tuesday, we decided to go and hit the breakwater after work. We headed in and noticed there was a pretty quick current heading out. We stayed down until about the 2nd marker and surfaced. There were tonnes of rock fish, crabs, stars and kelp.

We attempted to do a surface swim back, but the current was still too stiff on the surface, so we did the walk back on the breakwater. Daphne and Jones were there with us as we popped up, and walked back with us. 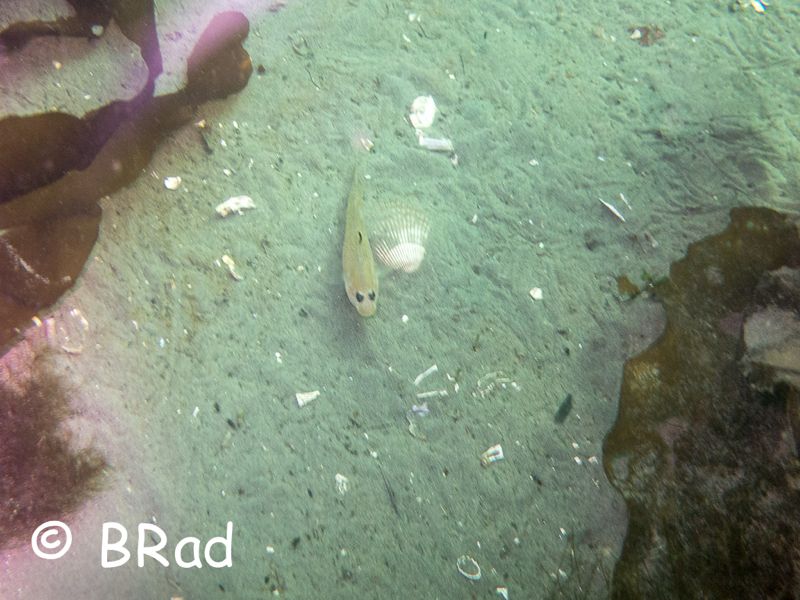 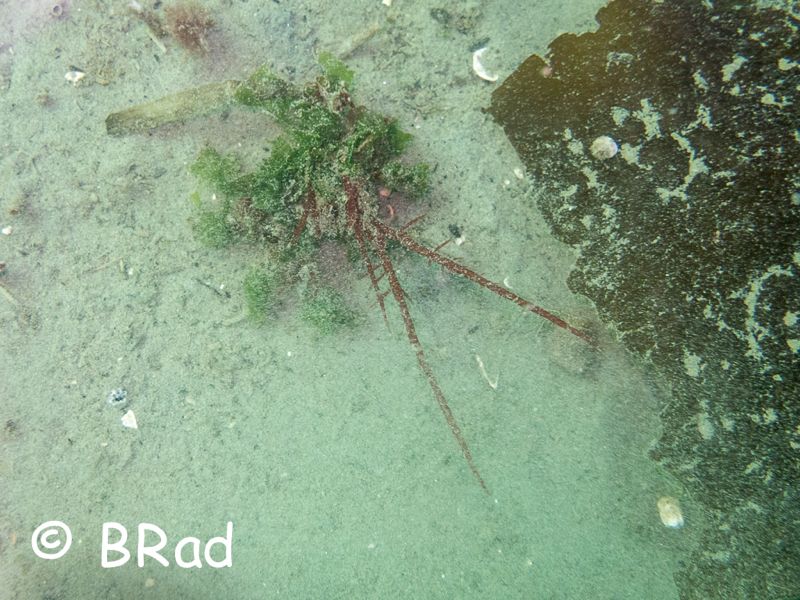 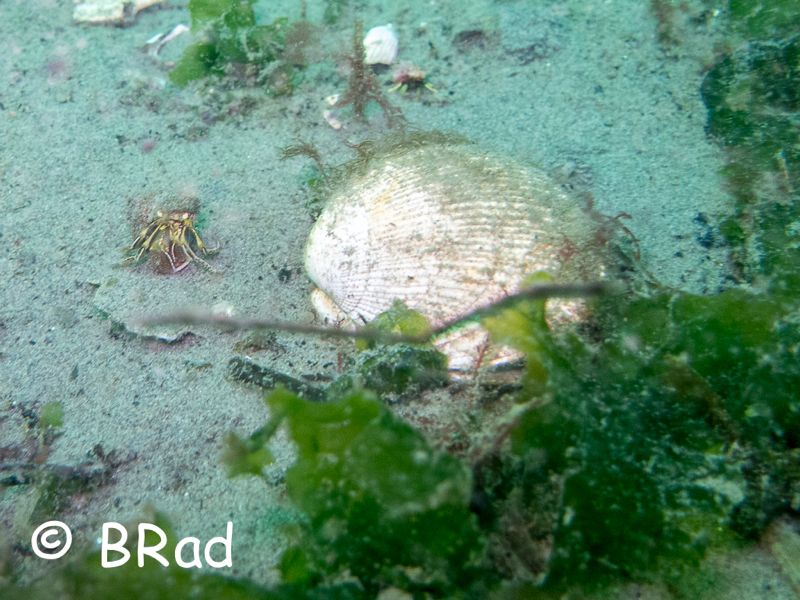 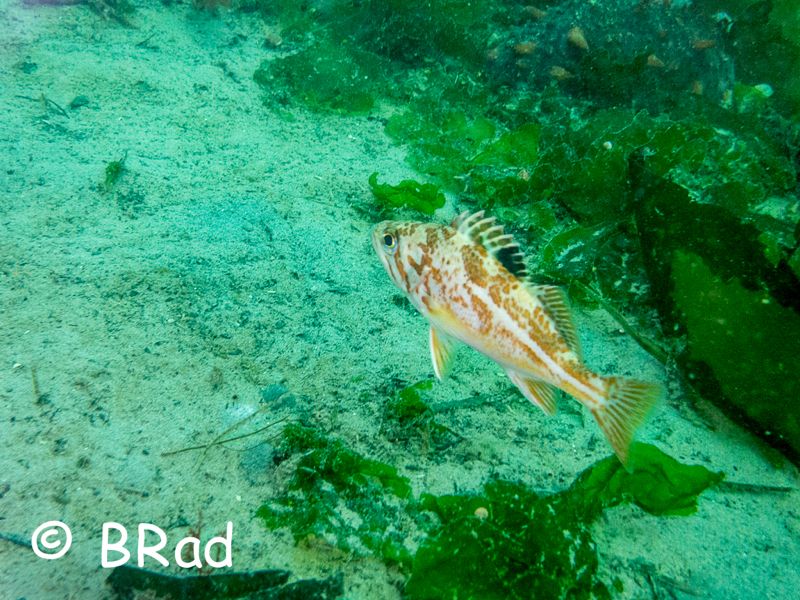 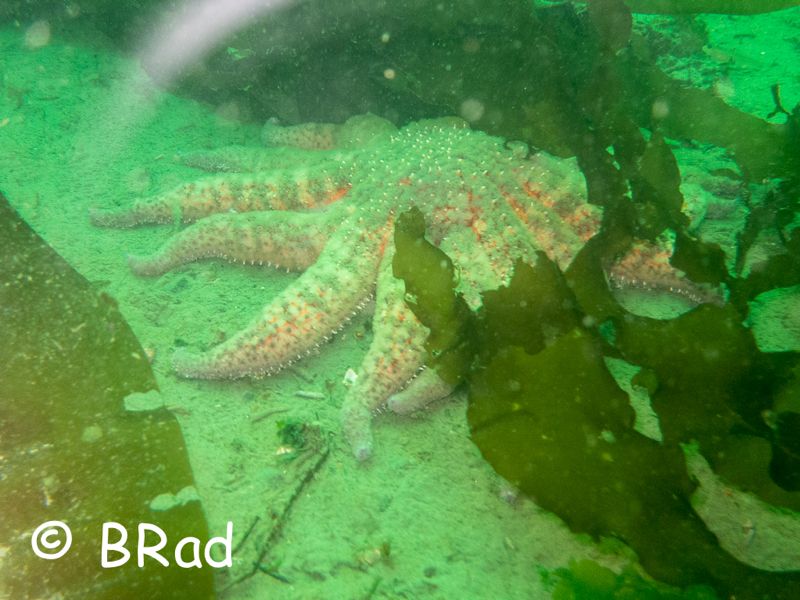 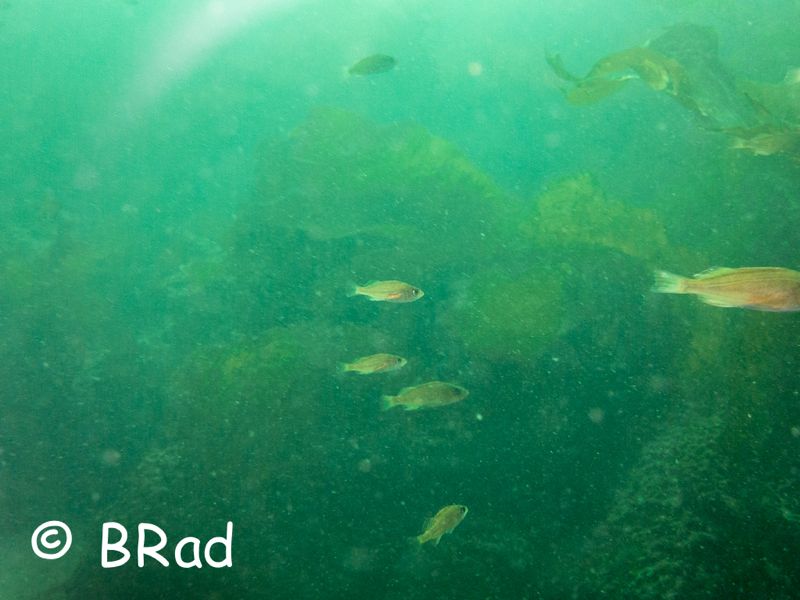 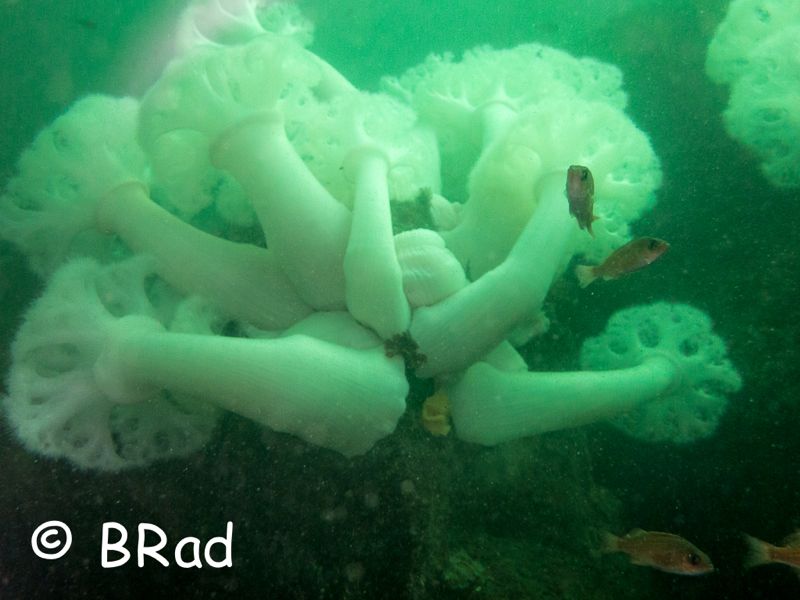 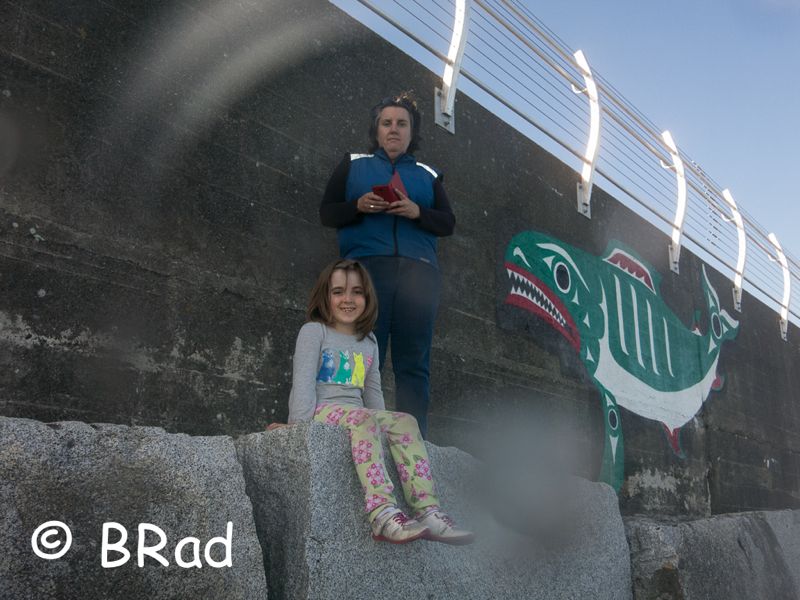 I didn’t do any diving on the Wednesday, as I headed across the Malhat to Bob & Doris’s and hung out for the night with them and the kids.

Thursday came along (Day 1), and time to make breakfast. As I turned on the stove top in my suite, the oven starts yelling at me in an annoying buzzing language I can’t understand. After slightly successfully appeasing its cries, it starts up every few minutes while it’s in use!

I headed north to Maple Bay to go and start my journey down the GUE road with my Fundies course.

We spent the first day going over material, our gear, and the dreaded swim test. Who said you needed to swim to dive?

I successfully completed the distance swim in seconds over my goal of 10 minutes, and on the third attempt at the breath hold swim.

Day 2 we did some more class work, and hit the water. We worked on the Basic 5, ascents, descents, and propulsion. I have no problems of admitting in the slight few moments of our brilliance, we looked like retarded monkeys in an OW course …

Day 3 was a bit more class work, and more time in the water working on S Drills, ascents, descents, propulsion, SMB work. While we were definitely better than the day prior, we still sucked. ‘Baby Steps’ as the infamous Bill Murray once said.

Day 4 was review of the test, and the last attempts at trying not to break Rule #6 – Always look cool. While we were infinitely better than we were on the first day, we all had some work to do to get up to a Tech pass level. We all received Recreational passes on the course (we also could only achieve recreational passes due to our equipment configuration during the class..)

The next day, before heading back to Calgary, Bryan and I still had some time before heading back to work, so we decided to dive the infamous Maple Bay ‘Reef’ that Guy (our instructor) has setup a Project Baseline on. Since we never saw anything but the cinder block, line, SMB, and sand at 9m during the course.

We met up and headed out to the reef, following the yellow brick road laid out with poly and cinder blocks. Eventually we found it and started heading down the north side, looking at rockfish and stars. We hit our turn pressure, and attempted to ascend a few feet to see the top side of the reef along the way back. As soon as we started to head up, visibility went to nearly nothing, so we dropped back down at followed the depth we went out at.

In the shallows, we had some gas left, so we did some S Drills, and ascended back to the beach.

When we were kitting up, a passer by mentioned if we could get the bike out from beside the dock. While we were doing our GUE EDGE, we realized we were standing right on it!, so we brought it out of the muck, and set it against one of the pilings for after the dive.

That was the nastiest smelling bike! No wonder someone left it in the bay! 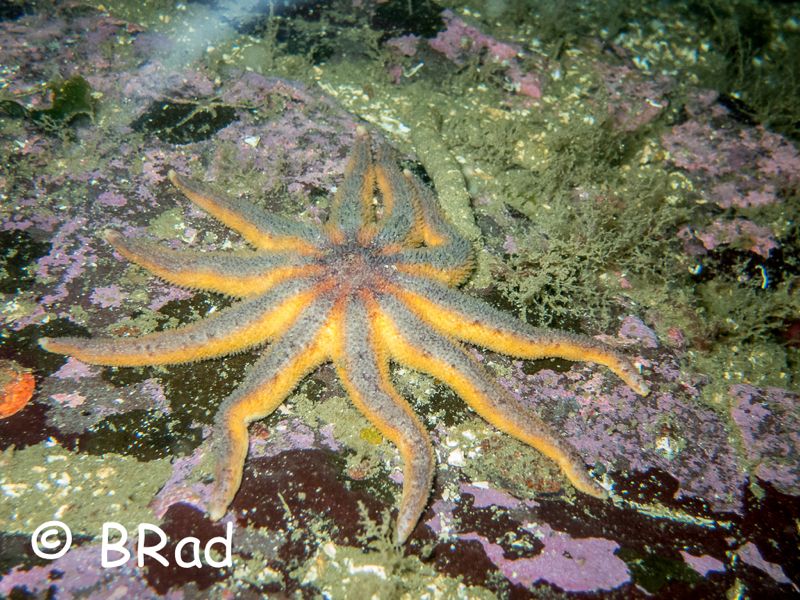 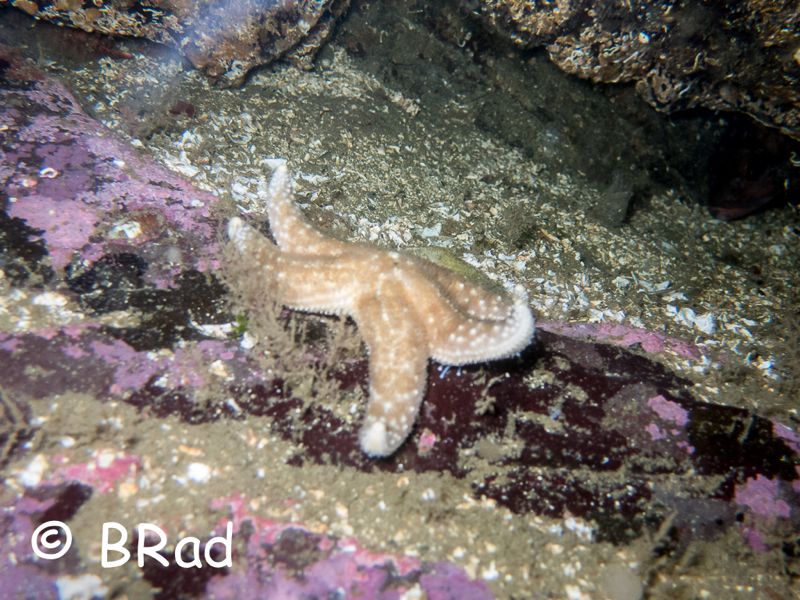 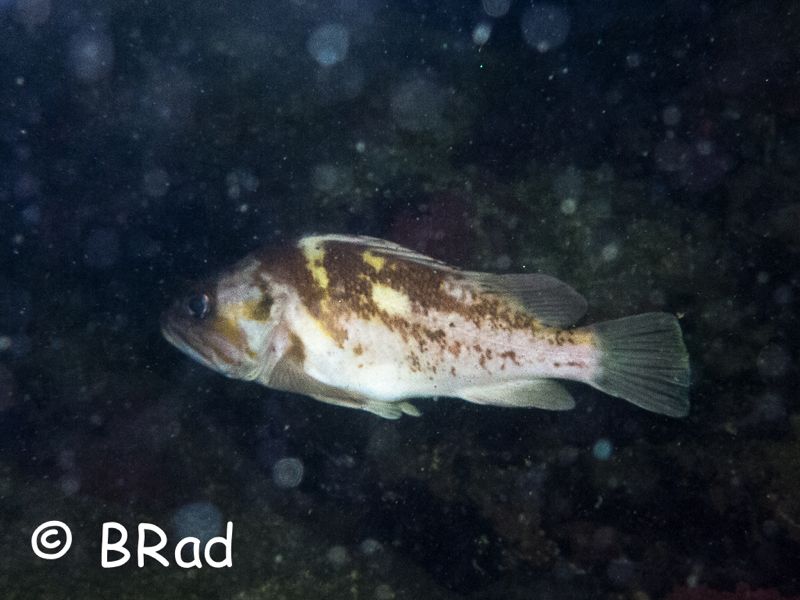 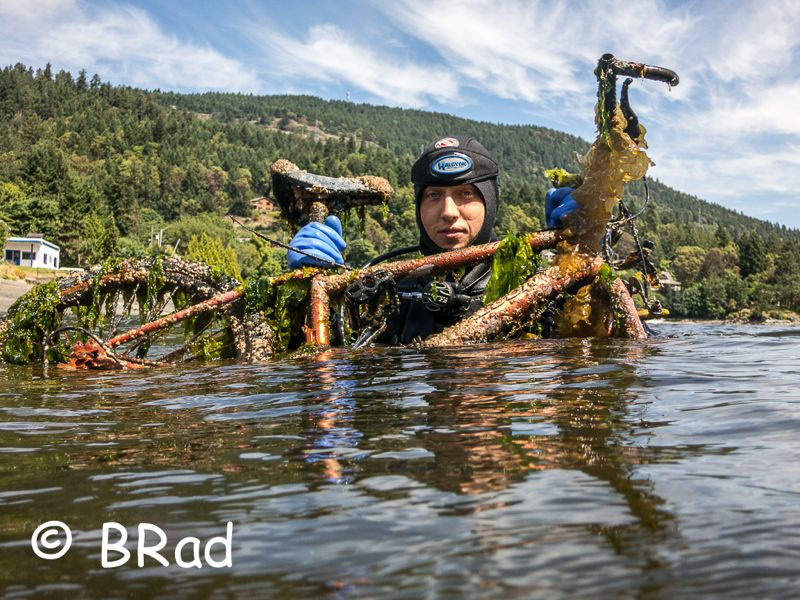 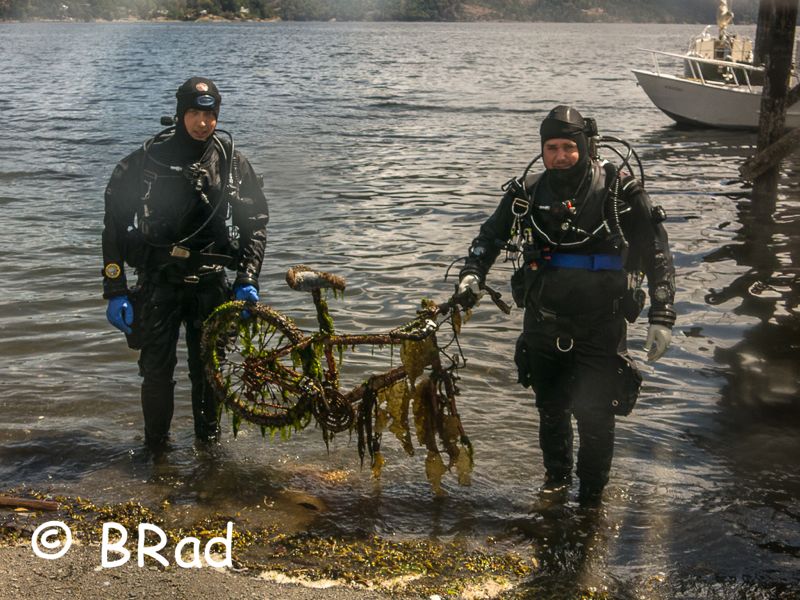 On the drive back, I stopped by Johns house in Vancouver to acquire some more equipment in the form of a set of Doubled 16L tanks (HP130), and an AL80 stage. Earlier in the trip, I acquired an AL40 from Alain in Victoria. I left the set of doubles for Liz to use during the summer, as I didn’t know when I’d have enough time free to head out diving with our nice busy summer/fall work schedules, as well 6 tanks with wet gear wouldn’t fit in my car, nor make it up a side of a mountain!

The drive back was very uneventful, extremely actually. I don’t remember most of it, as it all was in darkness. I did stop for a few hours in Revelstoke for a quick nap before heading through the mountain passes.