Well, it has been some time since I’ve dove last, 2 1/2 months or so to be exact. Work had been pretty busy, and I was able to sneak away back to the coast for a few days.

I thought I would be smart, and take off in the evening from Calgary, and ‘avoid’ Vancouver morning traffic. Leaving around 9pm had me into morning traffic around 6:30ish. It took a full hour to get through the GVA to the ferry.

I read up on how to declare scuba tanks since the last trip, handed over my paperwork and was sent down to the harbourmasters office to file the paperwork. Apparently the paperwork has changed since I had downloaded it the night prior, but we managed to get it filed with no problem. Nice thing about having a big green ‘DG’ label in your window, is your one of the first loaded, and unloaded in the ports!

I did some walks through the parks up near Parksville, Englishman Falls, and Little Qualicum Falls the day before. And was able to do a nice little dive out at Tyee after ‘work’ with Liz, getting my doubles that I bought last trip wet, and getting used to not turtling underwater (or above water for that matter) with them.

So today, I ended up driving down to Victoria to get a decent fill on the double 16L tanks, and headed down to Frank Whites. My tanks were too full to do a 32% fill, so I opted for a nearly full top up of Air to end up for a 28% mix.

I headed up to Granny J’s in Sydney, dropped off my bags, got caught up in the world as I’ve been a hermit with work since the last trip, and headed back down to pick up the tanks and meet Dan & Co. at Willis.

The tanks ended up getting a full Air fill, bringing the Oxygen content closer to 26%, still more than enough for a long, deep rec dive. But boy are those tanks heavy when they are full of gas! I think a dolly is in order just to move them around without loosing an arm, or worse, a toe.

Willis is a nice deep wall with lots of critters, and a long, sloped, muddy walk to the water. Have I mentioned how heavy 2 16L tanks full of gas are? I dropped my camera, fins and mask down by the water, and started to assemble the rig. Today, Kim joined us on some doubles as well (double 11L) and a deco bottle, while Dan was in his usual Death Trap rebreather. He did mention a few times that hopefully it wasn’t going to kill him today, but might.

Getting in we did our gear checks (all a little differently as were all from different Tech Associations), headed out and descended to where we could see each other on the wall to do some flow checks. Once completed, we headed down, down, down towards our goal of 120ft to see what is hiding down there today. Under the murky 30ft of water, it was dark as night. Completely black. Completely clear as well.

Getting down to around 100ft, I wasn’t too happy with the dark, and the cold, and signaled to level off, and ascend a bit to slightly warmer waters.

We hung out at 80ft for 15 minutes, and started working our way up the wall, 60ft for another 20 minutes, 50ft for 25 minutes, and steadily rose up to the surface with a long stop at 10ft for the last 40 minutes.

In total, a running time of 107 minutes, a few dozen photos, a few dozen of those photos were garbage, but 11 seemed to survive the ‘looks good enough for me’ in the blurryness and out of focus categories.

Without further delay, here are some of the pictures… 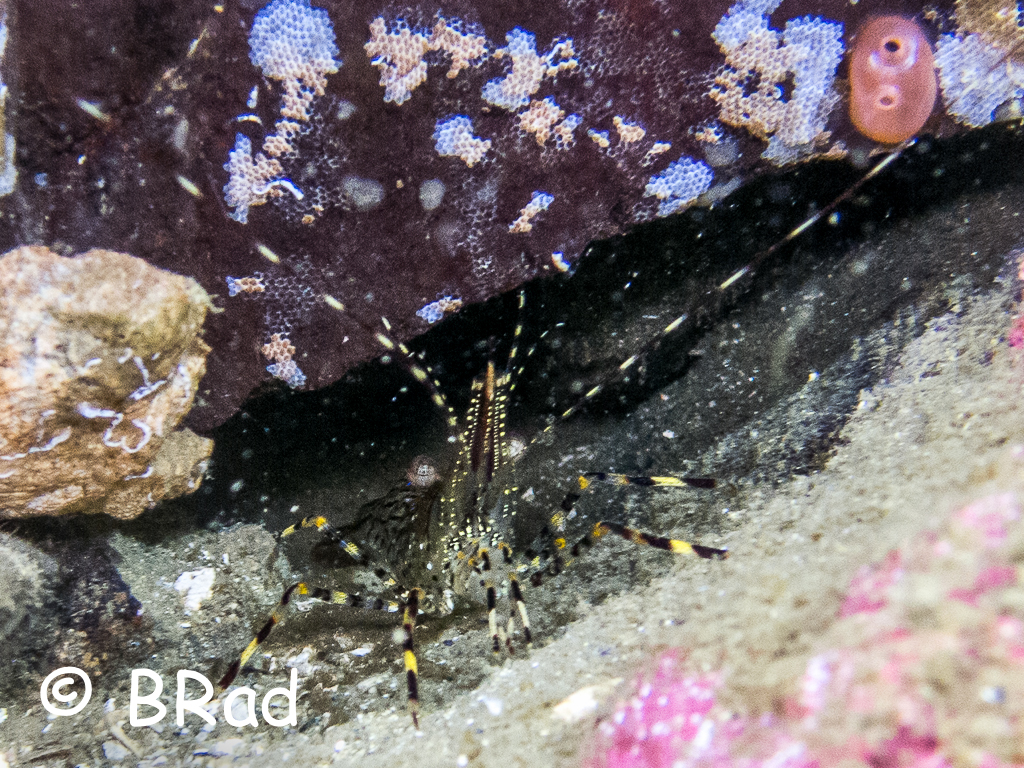 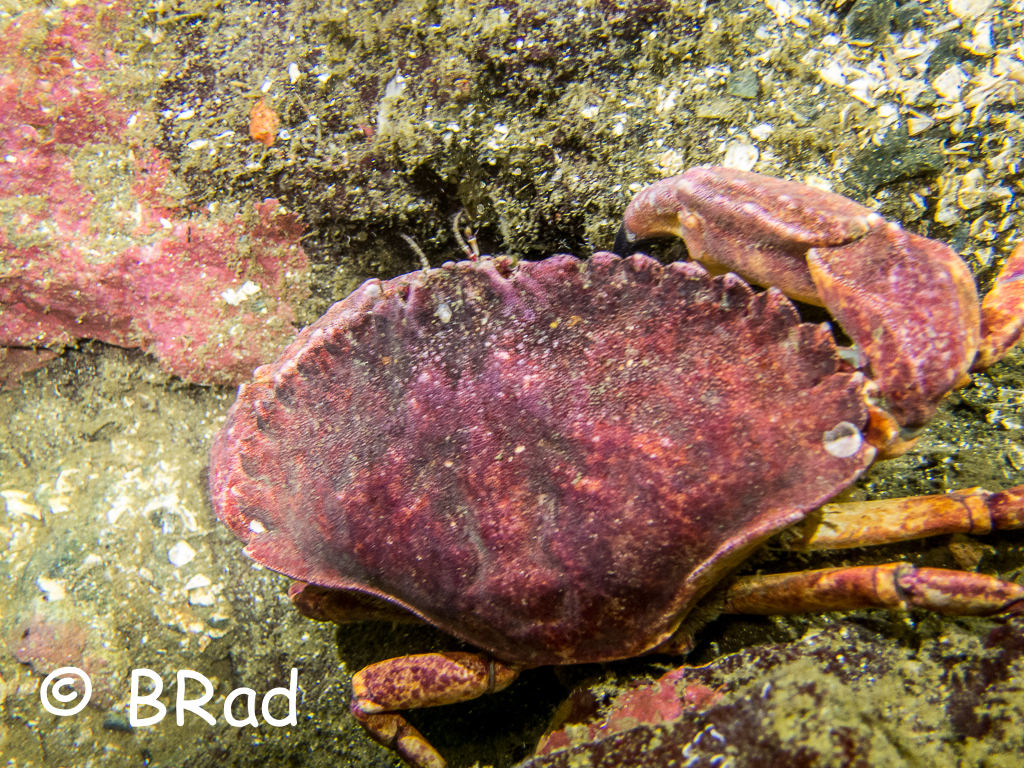 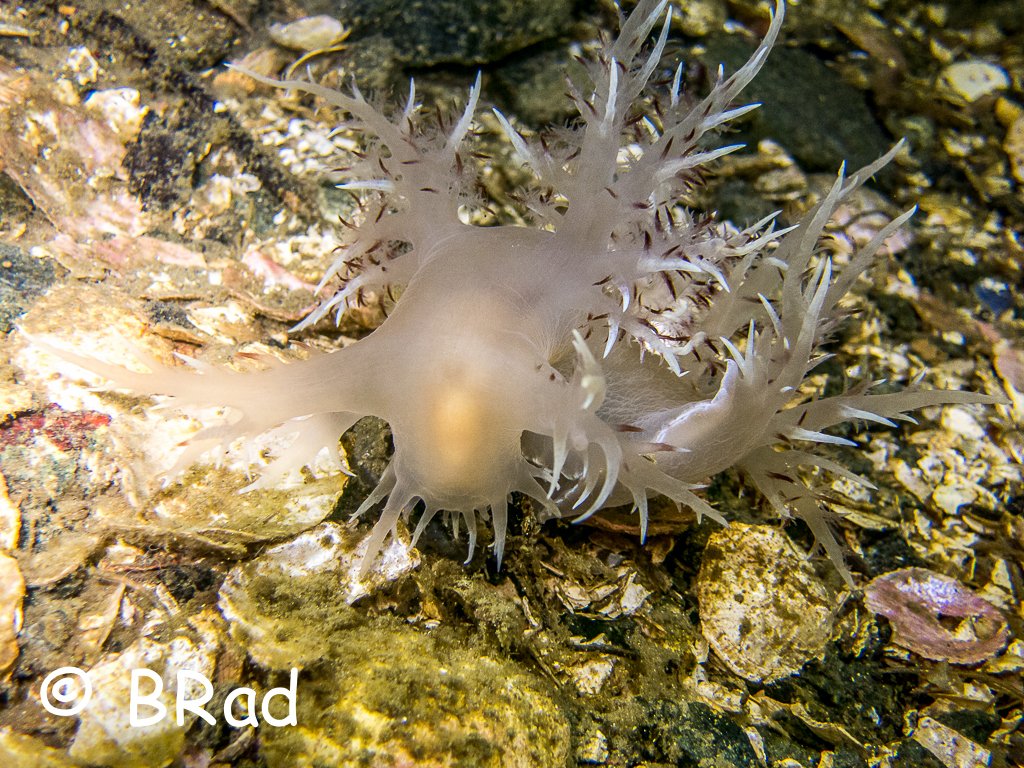 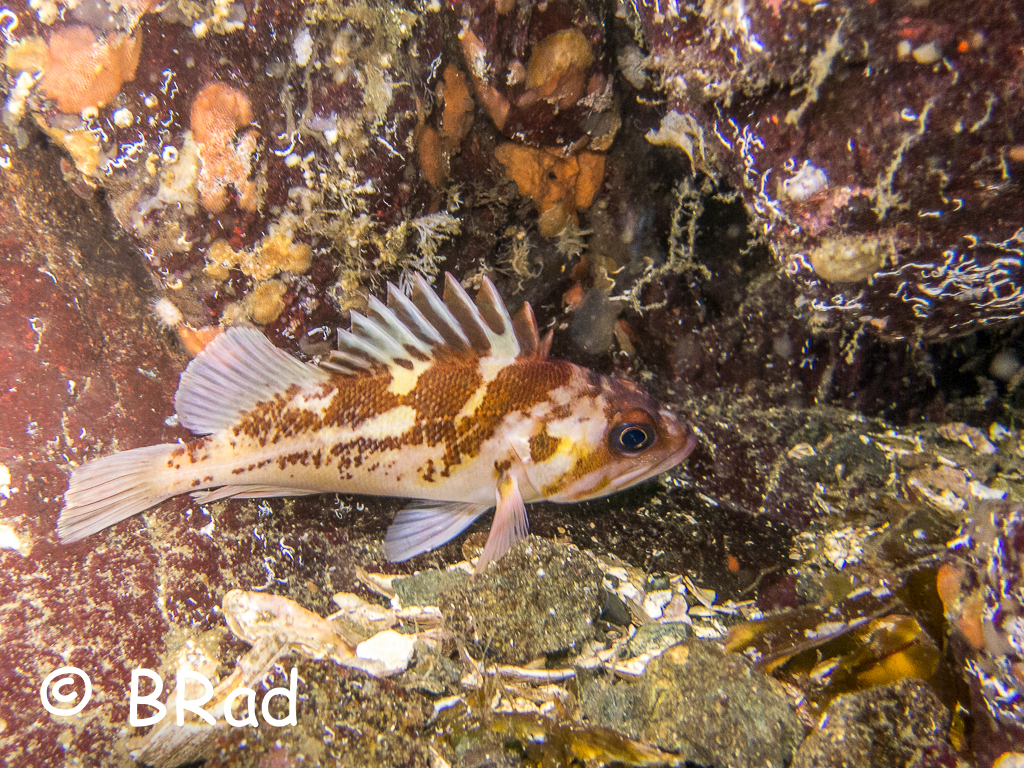 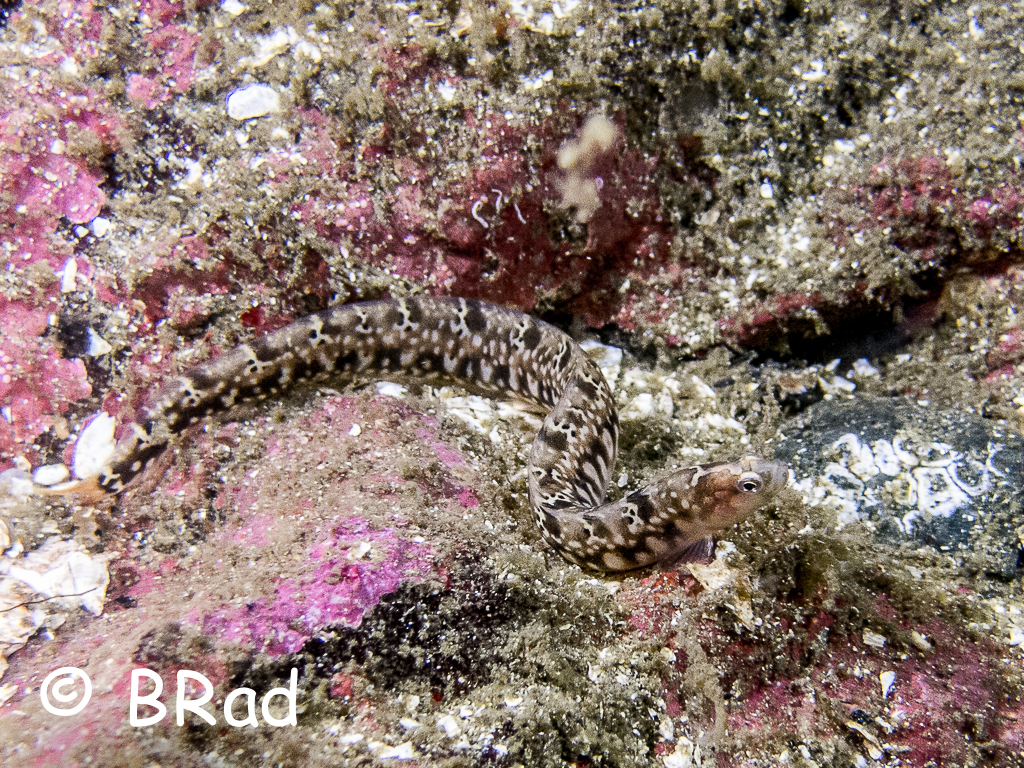 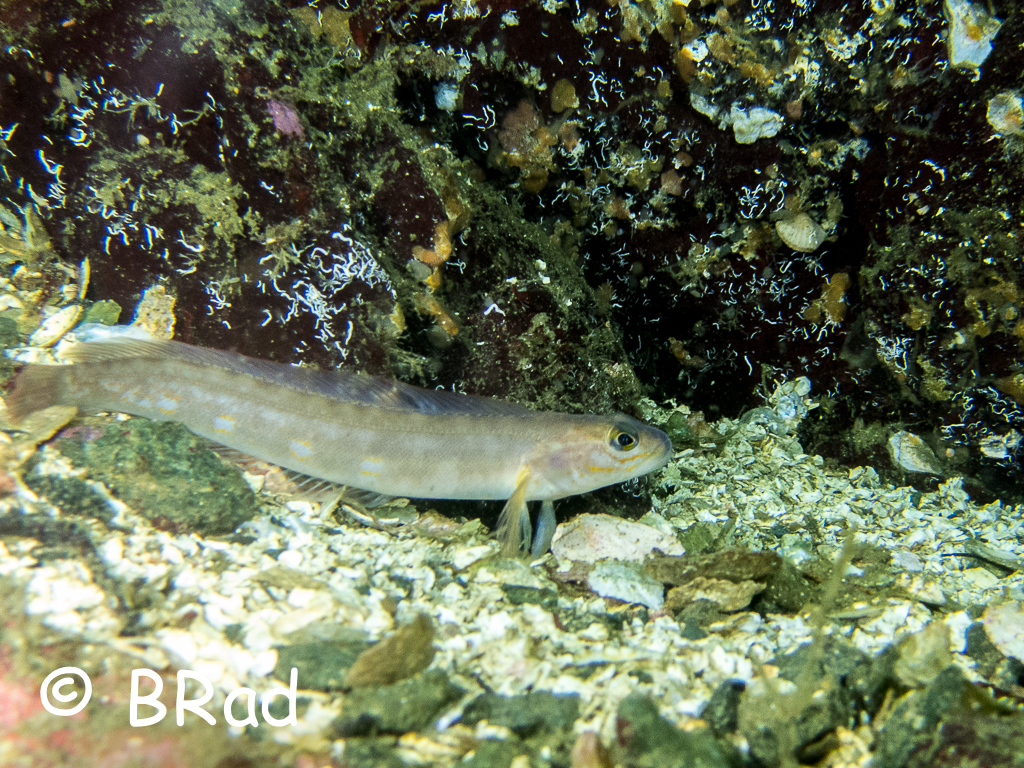 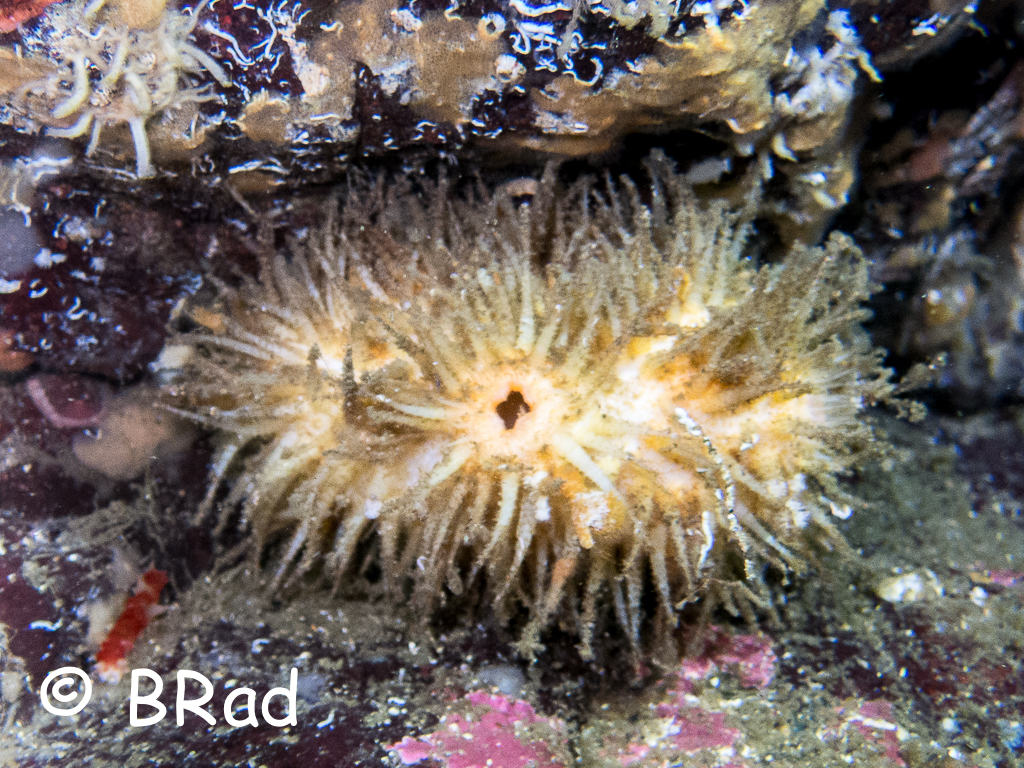 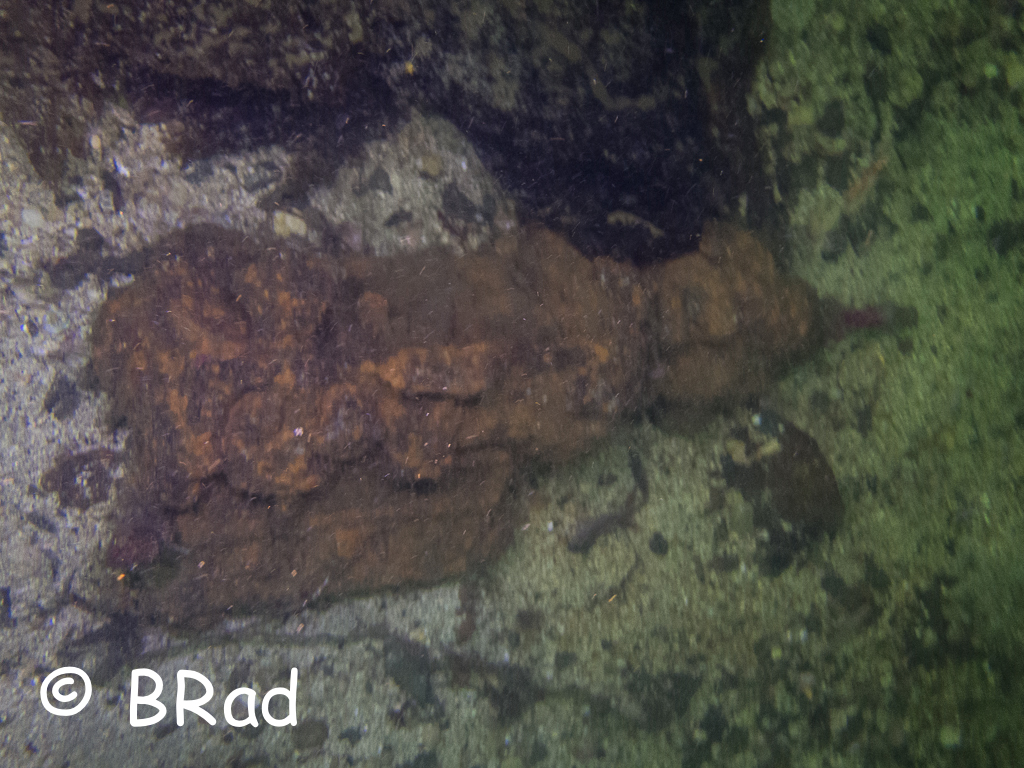 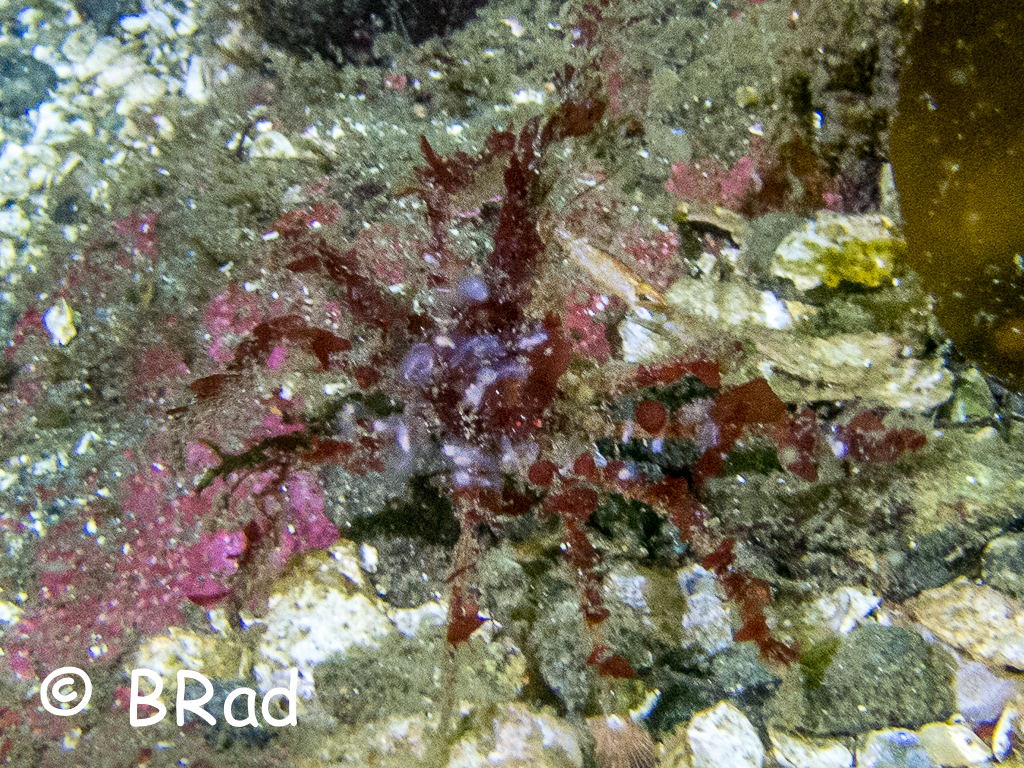 Fried Egg Jelly? (don’t see much of the fried egg, this one was all white, no yellow) 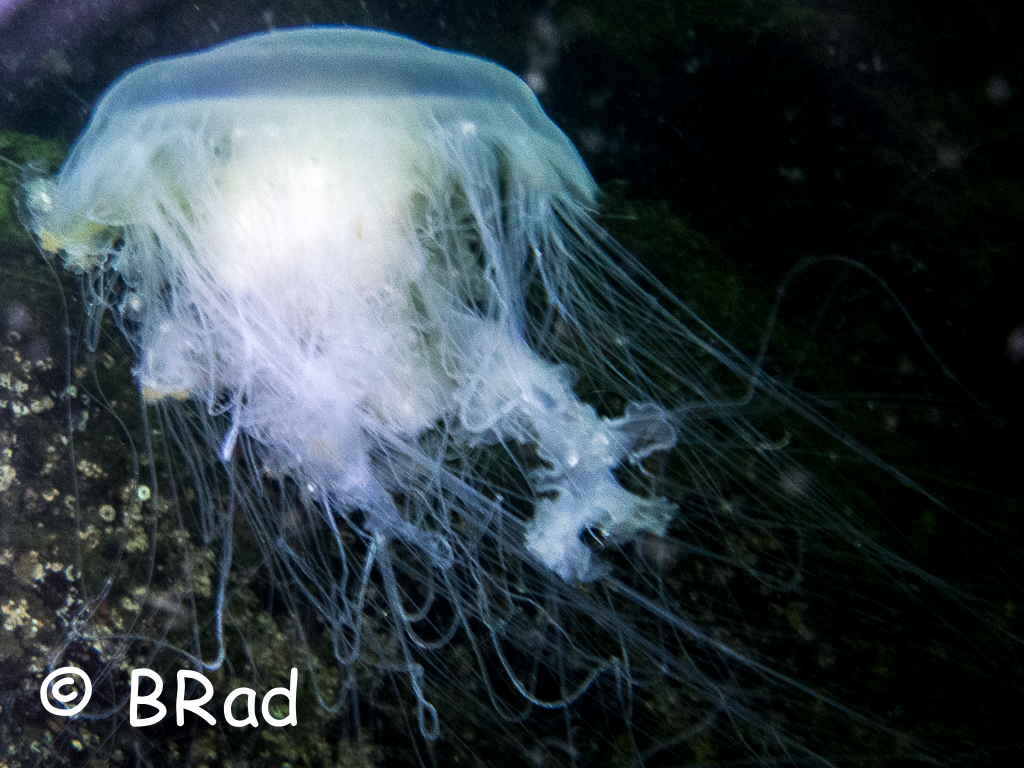 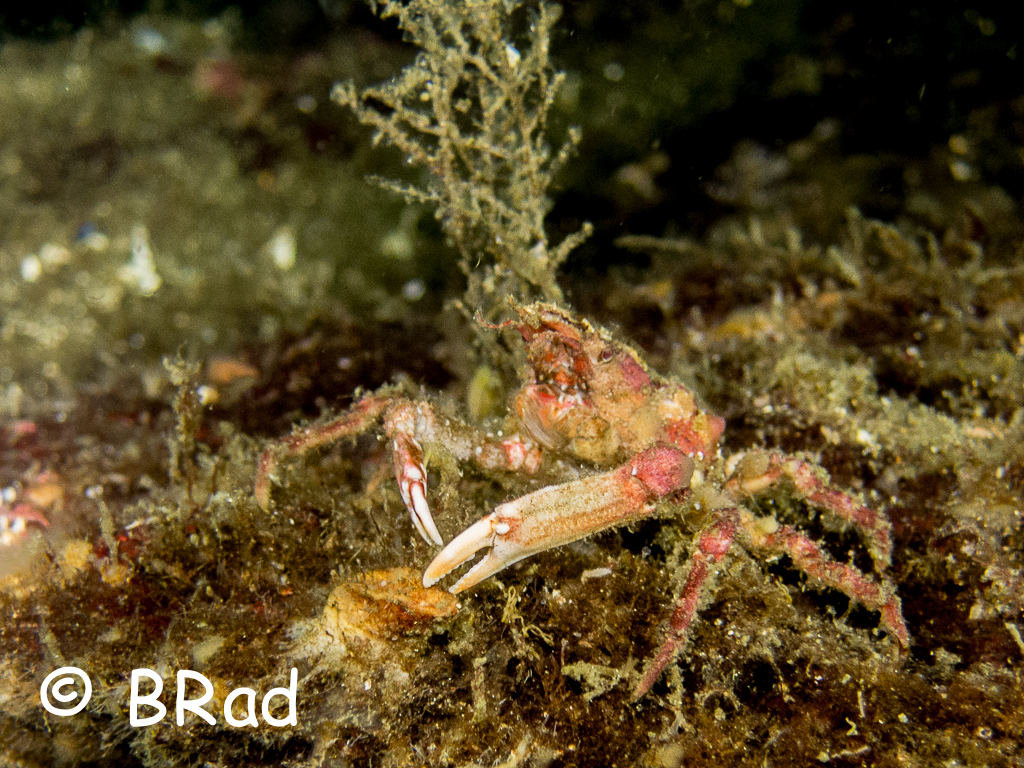